#BlackLivesMatter (BLM) was founded in 2013 in response to the acquittal in the trial for the shooting death of Trayvon Martin. This blog shares perspective that explore Black Lives Matter.

“In its simplest definition, to matter means to be of importance, significance, and consequence. And for many in the African-American community, saying “Black Lives Matter” is our way of declaring that we are important, our issues are important, and neither we as individuals, nor the issues that impact us, will be discarded, overshadowed, treated as nonsense, or accused of “playing the race card” anymore. No. We matter… It is about promoting the love of self and African-American rights to equal justice and fairness.” – July 19, 2016, L-Mani S. Viney is a national youth advocate and educator who explains why mattering means so much to black Americans in vanityfair.com

“the issue of countering Black Lives Matter with the phrase “All Lives Matter.” I’ve come to describe this as a collective gaslighting from the white community. Gaslighting is a tactic in which a person or entity, in order to gain more power (or in this case, keep their own peace), makes a victim question their reality…fundamental understanding that when the parts of society with the most pain and lack of protection are cared for, the whole system benefits…until then, I’ll be here, my black fist raised with Black Lives Matter on my lips. ” – April 16, 2019, Rachel Elizabeth Cargle writes and lectures on things that exist at the intersection of race and womanhood. (harpersbazaar.com)

“Of course every life is valuable, but not everyone’s lives are in danger due to their skin color. Saying “Black Lives Matter” isn’t equivalent to saying other lives don’t, but rather that Black lives should matter as much as white lives. It’s a sad reality that the Black experience in America isn’t the same as non-Black experiences, in both seemingly small and incredibly large ways.” – June 4, 2020, Lizz Schumer ]staff writer for Good Housekeeping, Woman’s Day, and Prevention (goodhousekeeping.com)

June 5, 2020 – “As thousands continue to protest in Washington against police violence and anti-black racism, D.C.’s mayor renames part of the street leading to the White House Black Lives Matter Plaza.” The mayor also had a Department of Public Works project with volunteers paint “BLACK LIVES MATTER” in yellow capital letters down a two-block stretch north of the intersection, just across Lafayette Square from the White House. 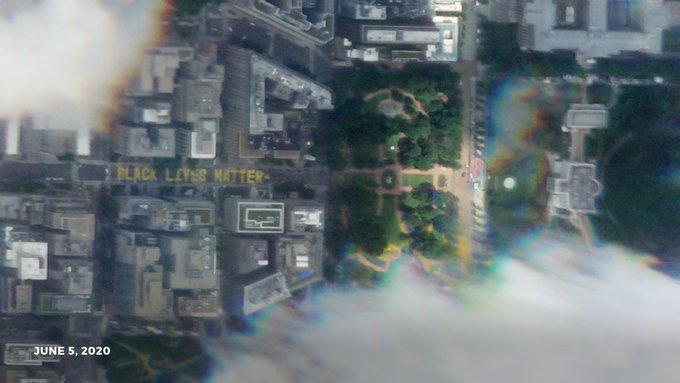 Sept. 27, 1966 CBS interview
Mike Wallace: …why the Negro finds it so difficult to make his own way up out of the ghetto? You did.
Martin Luther King Jr. : Number one, no other racial group has been a slave on American soil. It’s nice to say other people were down and they got up. They were not slaves on American soil. The other thing is that the Negro has had high visibility, and because of the prejudices existing in this country his color has been against him. It’s been against him and they’ve used this to keep him from moving up. In the final analysis, when you say to a man that you are in this position because of your race or because of your color, you say to that man that he can never get out of it. Other racial groups have been able maybe to change their accent or to change their names, but the Negro can’t. (1966)
https://www.cbsnews.com/news/mlk-a-riot-is-the-language-of-the-unheard/

Constructive Discussions : "riot is the language of the unheard"